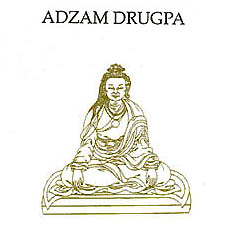 
Chogyal Namkhai Norbu has presented a method for receiving transmission of the essential Guruyoga, especially for those whose circumstances don’t allow them to attend a retreat. Rinpoche has said, “...here we have an idea of how to transmit the teaching. The principle particularly of the Dzogchen teachings is Guruyoga, and we can have the transmission of the knowledge of Guruyoga with Direct Introduction: this is of primary importance in the Dzogchen teaching..."    The transmission mainly concerns new, interested practitioners who did not yet meet the Teacher but want to start practicing. It is important that all new individuals receive instructions, from an experienced practitioner, on how to follow the practice done at the videotape before joining the practice at the anniversary.      The practice on the tape will start at the same moment for everyone who’s participating, and, Chogyal Namkhai Norbu, wherever he is, will, at that very moment, start to give transmission. This is the idea and practice for the transmission. 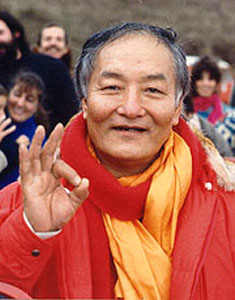 ABOUT THE WORLD WIDE TRANSMISSION:


Newcomers who want to participate in this Transmission must be truly interested in the Teachings transmitted by our Teacher Chogyal Namkhai Norbu Rinpoche and practiced in our worldwide Dzogchen Community. Participation of newcomers in this World Wide Transmission should try to receive Teachings from Chogyal Namkhai Norbu in the future.  After having received this Transmission, they should also try to train and collaborate with the Sangha of the International Dzogchen Community of Namkhai Norbu Rinpoche.     Originally our Teacher, Chogyal Namkhai Norbu, had the idea of a "Transmission on Distance", because he wanted to help people in difficult situations, who could not travel at that time to meet the Teacher. The Transmission will enable them to practice the Dzogchen Teachings transmitted by him, without needing direct contact with the Teacher at that time.   Here is a short summary of how this Empowerment works: 1. To receive the World Wide Transmission, new students need to participate with an experienced student who will host both the preliminary explanation as well as the actual practice. The explanations should be given by a long-time student of Namkhai Norbu Rinpoche, well in advance of the event. 2. Hosts of the Empowerments with the videotape should be Members of the International Dzogchen Community. 3. For new and interested persons, it is important to have seen the explanation of Chogyal Namkhai Norbu that is also on the videotape, in advance. They should also have the possibility to clarify doubts about the practice on the videotape with some serious, dedicated, older students of Namkhai Norbu Rinpoche before the Empowerment. 4. Exactly at the given time (see timetable) at your place, you start the Transmission-Video at the starting point of the part of the Anniversary of the Master Garab Dorje. At that moment - worldwide - students and newcomers start to practice together with Chogyal Namkhai Norbu.  Master and students simultaneously practice together this session of Tun, which ends with a dedication of merits.   We wish you all a successful practice.
Long life to the Master!